TRT/MTS SoftWave Therapy is a noninvasive therapeutic device that uses a patented breakthrough method of shock-wave generation. It brings unprecedented advantages to sports and regenerative medicine. It rapidly relieves chronic pain and greatly accelerates recoveries with sustaining results. This is not an incremental change; it is TRANSFORMATIONAL and very unique!

” Softwave treatments offered here has improved my quality of life. I have been struggling with arthritis in my knees,I got significant pain relief with soft wave treatments ,and mobility in my knee has improved tremendously. The provider and all the staff are very friendly, and very flexible with schedule requests. The provider took time to offer me practical recommendations that was customized to my concerns. Great treatment and great service! “

Conditions That Softwave Therapy Can Treat

The TRT OrthoGold 100 SoftWave is the only Unfocused Extracorpeal Shockwave Therapy (ESWT) technology available, and is scientifically validated to accomplish the following:

Additionally, not only is this Softwave machine used for treatment, it also has a diagnostic feedback in which the “origin of pain” can be precisely identified, serving an invaluable tool for proper treatment. This feedback mechanism allows us to know exactly where the problem. 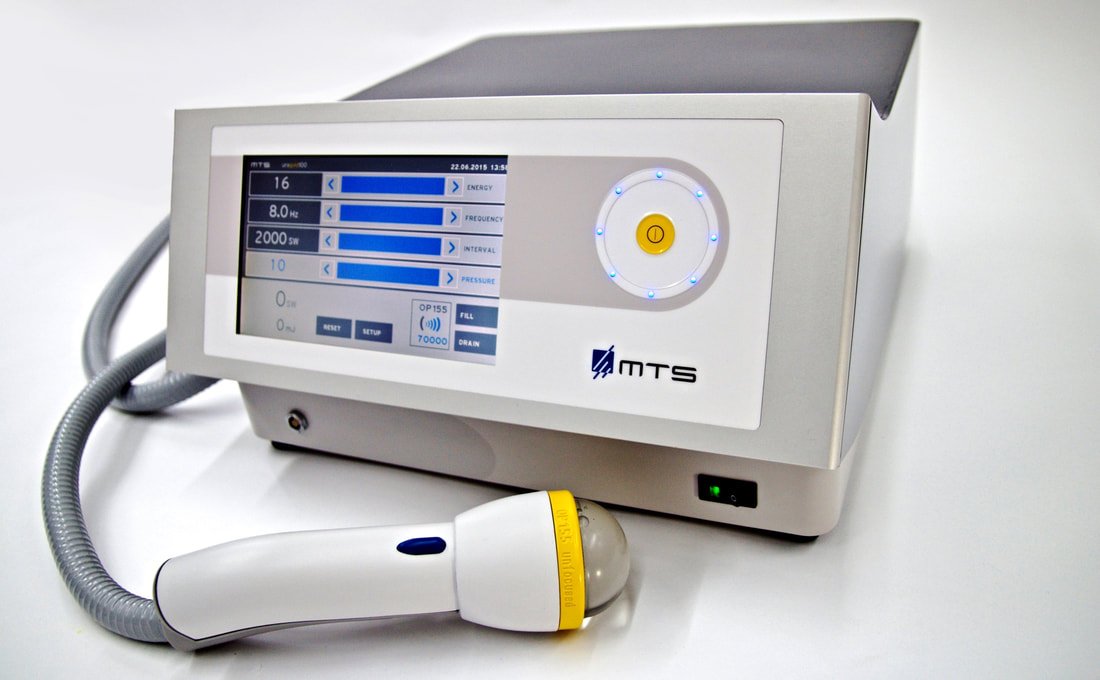 We use the saying “You got to Feel It to Heal It.”

8-12 sessions is the initial protocol for a single joint injury.

SoftWave is Unique, Patented and Profound. The patented unfocused electro-hydraulic design of the TRT/MTS SoftWave device brings unique and profound advantages for healing and recoveries of the human body:

All Shock Wave Therapies are NOT Created Equal

It’s best to refer to this device as “SoftWave Therapy” as there is much confusion regarding “Shock Wave Therapy.” There are many manufacturers that produce devices that do not actually create a “Shock Wave” yet are marketed as such. This unfortunately has created confusion in the marketplace, as well as turned off many to the technology since the mislabeled devises produce inferior results. 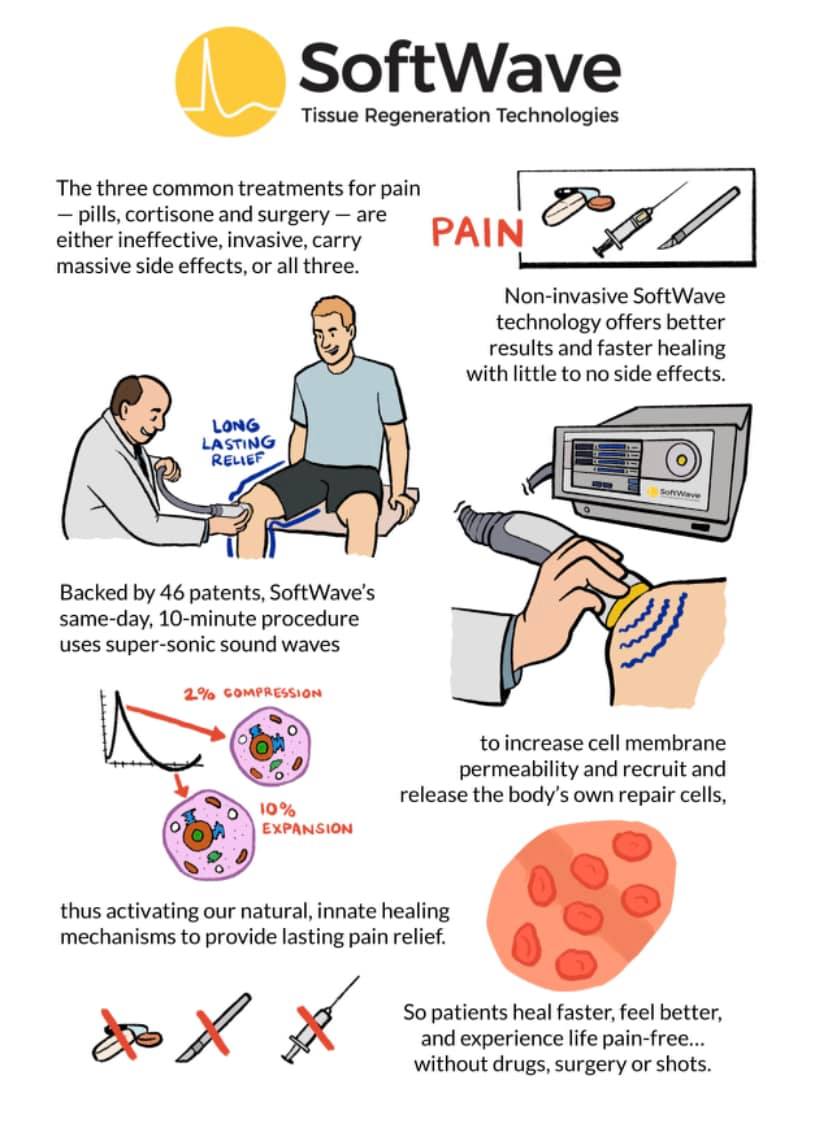 SoftWave Therapy has the Science:

Patented TRT SoftWave stands alone in the industry with quality and quantity of peer-reviewed published scientific literature validating mechanisms of action at molecular and cellular levels. All “shock wave” devices are not created equally, and one must be sure to read the scientific research applying to each specific device, if one is to gain an accurate understanding of the particular device one is seeking to learn about. Many “shock wave” distributors list studies on their websites that did not use the specific device they offer but are presented as if they did. AcoustTek only lists scientific studies that used TRT/MTS devices.

The best kept secret in professional sport! Top Sports Medicine Clinicians across the country have been quietly using SoftWave for years on injured star athletes, seeing unprecedented acceleration of recovery times. As success after success mounts, SoftWave is now becoming more widely understood to be the profound advantage that makes a tangible difference to who plays on the field and who stays in rehab.

SOME SUPPORTING RESEARCH for unfocused ESWT:

“Extracorporeal Shock Wave Therapy (ESWT) is broadly used as a non-surgical therapy in various diseases for its pro-angiogenic and anti-inflammatory effects. ”

“We can summarize the final effect of ESWT as a general improvement of tissue homeostasis and metabolism, accompanied by improving of the tissue self-healing abilities. Evidence from basic science and clinical studies indicates that this effect involves the ability of shock waves (SW) to support proliferation and differentiation of stem cells, which significantly contribute to tissue healing, but besides stem cells, many other cell targets, including endothelial cells, bone cells, and small unmyelinated nerve fibers, have been involved in ESWT therapeutic potential”

“SW are biphasic high-energy acoustic waves characterized by an initial positive very rapid phase of high amplitude, followed at a distance of microseconds by a sudden phase of mild depression responsible of the biological activity on living tissues. In agreement with the definition proposed by Huang C and collaborators as a therapeutic intervention that reduce and reverse injury to damaged tissues or promote the homeostasis of healthy tissues by mechanical means at the molecular, cellular, or tissue level SW are today considered a form of mechanotherapy. As for most forms of mechanotherapy in clinical use, ESWT mainly focus on improving tissue regeneration and, consistent with this, clinical results indicates that besides reduction and/or inhibition of apoptosis, the clinical efficacy of ESWT is tightly related to its ability to improve neovascularization and matrix remodeling in tissues”

“The body of scientific data demonstrating that ESWT can induce tissue healing and regeneration through mechano-transduction has brought to the present view of SW as immunomodulators during the wound healing process, which is also well in line with recent evidence indicating that SW influence the TLR3 pathway.”